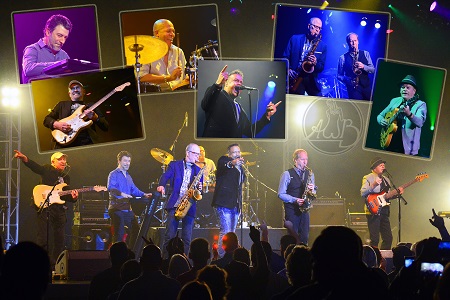 Average White Band is regarded as one of the top Soul, R & B, and Jazz-Funk groups, and first known for the timeless instrumental hit "Pick Up the Pieces".The band's future would lie in its diverse songwriting and unique approach to rhythm & blues. With multiple gold & platinum albums and three Grammy nominations on the legendary Atlantic label, they were the first Brits to simultaneously top the US Top 100 Singles, Albums and  R&B charts, before going on to similar UK and international honors.