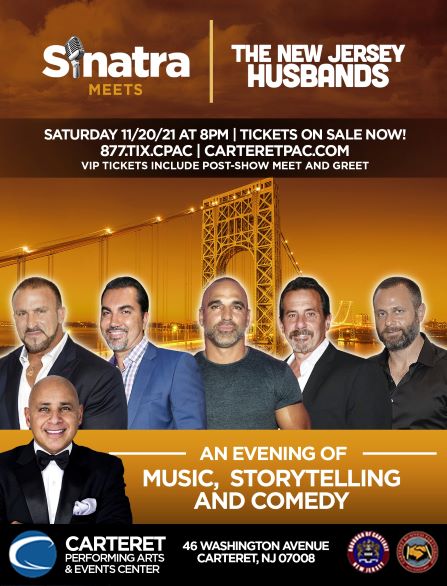 Join House Husbands stars Joe Gorga, Frank Catania, Joe Benigno, Evan Goldschneider and Bill Aydin along with Sinatra tribute artist Michael Martocci and the 17-piece Ol’ Blue Eyes Orchestra as they come together for a unique tribute to their wives. The show will be hosted by New Jersey 101.5’s morning man, Bill Spadea.

Seize your chance to ask anything you’ve always wanted to know about the show, with an audience Q&A followed by a finale that you don’t want to miss!