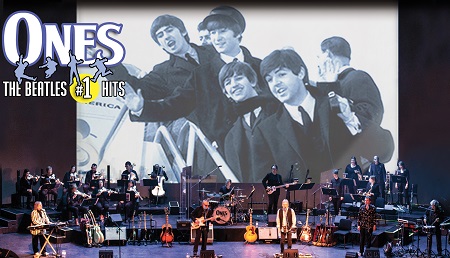 The answer to all those questions becomes the show ONES – Beatles #1 Hits.

ONES is a commitment to the note-perfect performance of the number one Beatles songs from the Ed Sullivan Show in 1964 to their break up in 1970. The cast of top musicians has paid attention to every detail, including 28 guitars and period-correct amplifiers and drums that were used on the original Beatles recordings. ONES also tells some amazing multi-media stories behind those songs in brilliant short narrations by Toronto Radio Legend, Al Joynes.