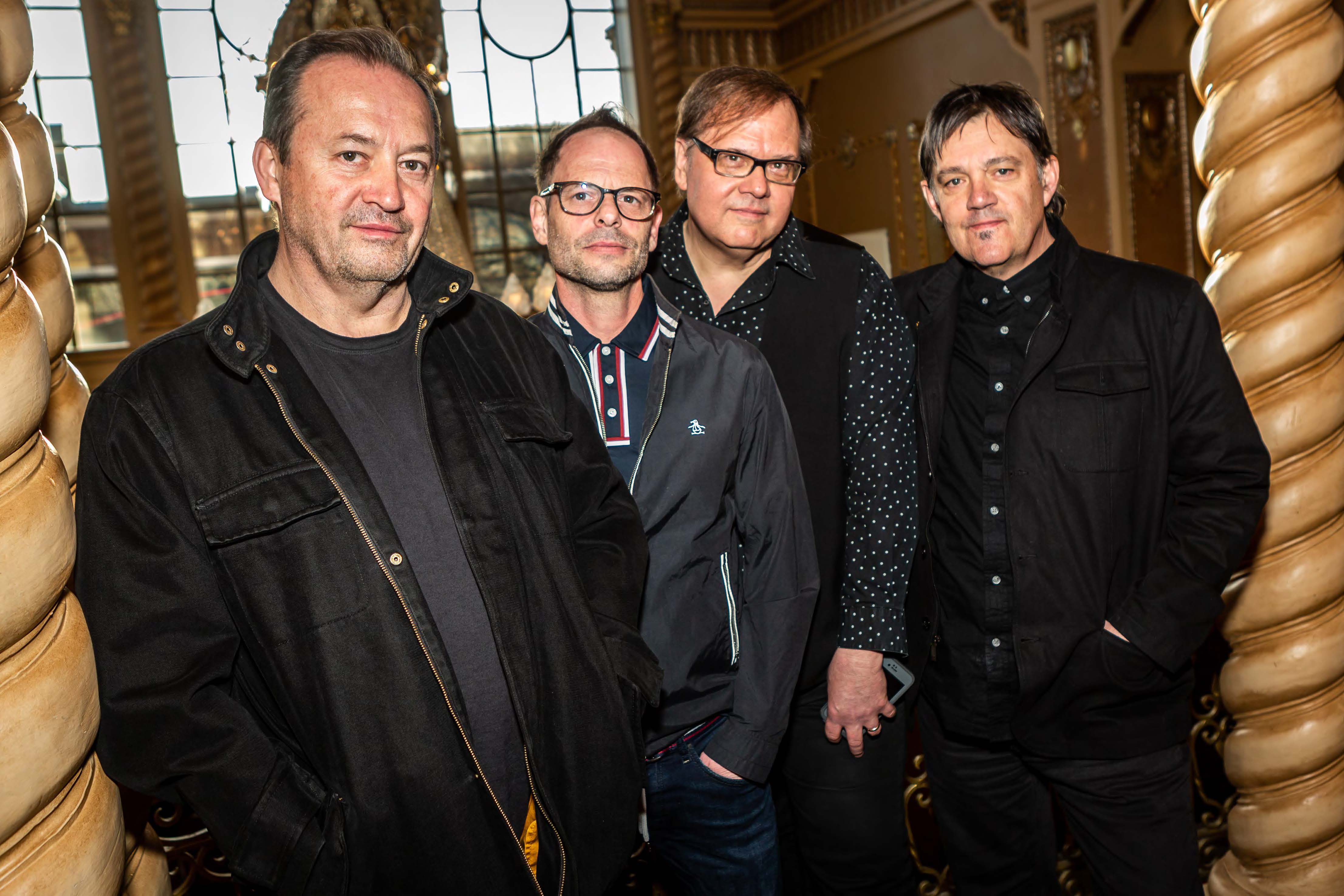 Founded in New Jersey in 1980, The Smithereens have been creating electrifying, original rock’n’roll for 41 years. Jim Babjak (guitar,) Dennis Diken (drums,) and Mike Mesaros (bass) grew up together in Carteret and lead singer, the late Pat DiNizio, hailed from Scotch Plains. The band paid its dues in clubs all over the NYC tri-state area from Kenny’s Castaways in Greenwich Village to the Court Tavern and Stone Pony in NJ. As The Smithereens’ fame escalated, they were in heavy rotation on MTV and appeared on The Tonight Show, Conan O'Brien, and Saturday Night Live. They’ve since performed on stages coast to coast from the Greek Theatre in Los Angeles to the Meadowlands Arena in NJ to Radio City Music Hall in Manhattan, and internationally from Europe to Australia. Tour mates have included Tom Petty, Squeeze, The Pretenders, Lou Reed, and Ramones, among others.

The Smithereens’ take no prisoners sound, reflecting their Garden State roots, has resonated with fans worldwide over the course of 17 albums and 2500+ live shows. Their most recent release, COVERS, features 22 of the bands favorite songs first recorded by other artists. They've also inspired generations of musicians, including Kurt Cobain, who counted The Smithereens as a major influence on Nirvana.

And with the 2017 passing of Pat DiNizio, the surviving members have decided to persevere and carry on their shared musical legacy. Using guest vocalists including Robin Wilson of the Gin Blossoms and Marshall Crenshaw, they continue to entertain and rock fans all over the U.S. and the world!