Kiss The Sky - A Tribute to Jimi Hendrix 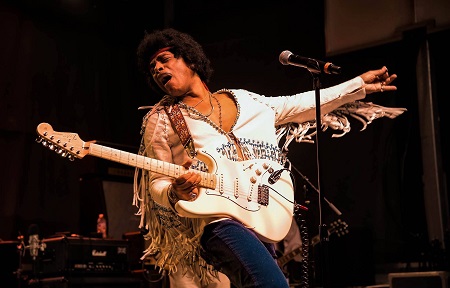 Experience the music of Jimi Hendrix with Kiss The Sky as they take you through Jimi's career through the Woodstock era. They are the ONLY Hendrix tribute with stage sets of replica gear and backline rigs accurate to Jimi's most classic concerts.

The ONLY Hendrix tribute gaining the spot-on classic HENDRIX sound LIVE through replica 1960's era instruments and gear that Jimi himself made famous: